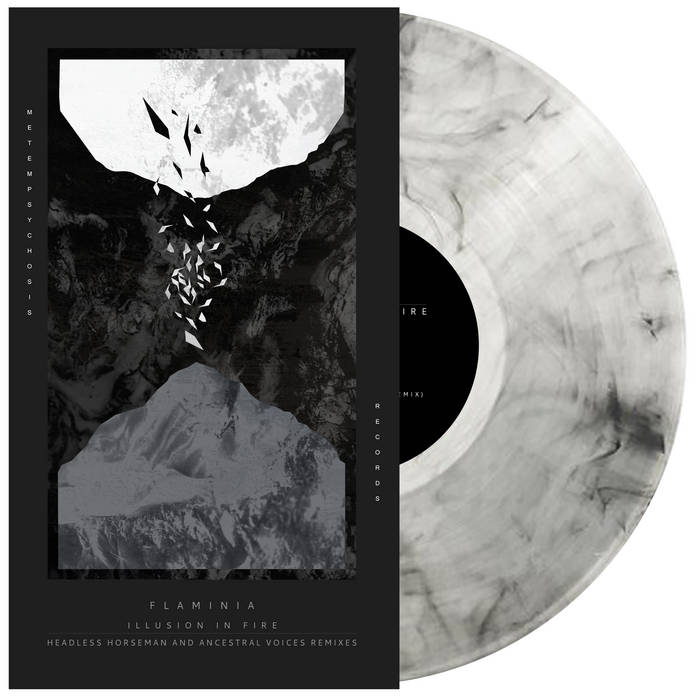 Metempsychosis vinyl 002 invites you to the sonic soundscapes of Flaminia along with remixes by Headless Horseman and Ancestral Voices.

An epic trip inspired by the Sanskrit story of Agni, the God of Fire, originally narrated in ancient India. Dark percussive sounds walk the listener through the Fire’s curse to be the devourer of everything in this world, destroyer of everything it touches. Ethereal drones and atavistic strings reveal the turning point of this adventure when the curse is reversed in such a way that Agni - the Fire - becomes the purifier of all the things it touches. This story, brought to life by sound, teaches that reality and matter itself are actually shaped by perception and can change according to interpretation. Fire can be feared as a destroyer or admired as a purifier. Fire, just like death, is a crucial element of life on earth. A different perception of the world can change your world. So abandon yourself and embrace the fire.

We make music, run experiences and this label to inspire people to make a change toward the lives they want.

If you like Flaminia - Illusion In Fire (incl. Headless Horseman and Ancestral Voices remixes), you may also like:

Bandcamp Daily  your guide to the world of Bandcamp

Featuring Oakland sounds from the Smart Bomb collective and Samplelov.